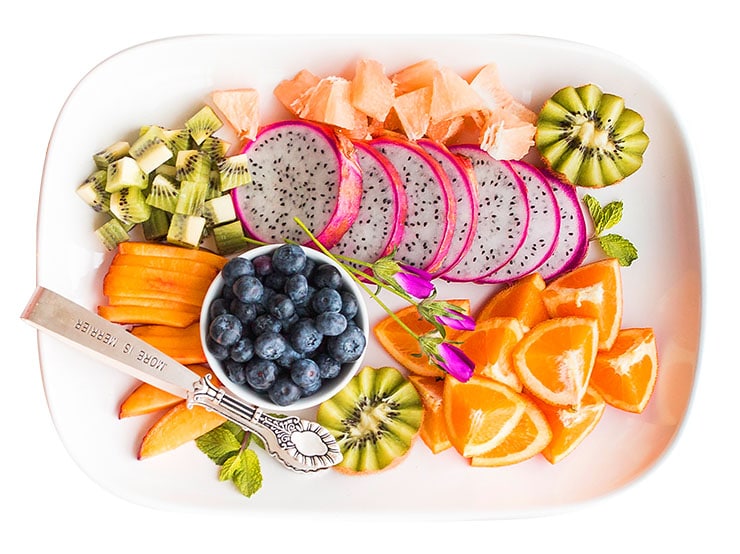 Unfortunately, a lot of people suffer from depression or have perhaps gone through it at some point in their lives so it helps to know that it wasn’t just you if you’re one of them. According to an American survey, one out of every six Americans take some kind of psychiatric medication for example an anti-depressant  to help with issues of depression. However, taking anti-depressants is not the only option you have when it comes to fighting cases of depression. According to studies, people, especially young adults are able to experience an incredible increase in their level of motivation and also their well-being just by increasing the amount of both fruits and vegetables  they take everyday. It has been found that there are certain foods that contain nutrients which when eaten will boost your overall mood.

Everyone likes the idea of improving their mood and overall body health and well-being and achieving that could just take a number of weeks. Here are 20 foods rich in nutrients that when taken will decrease depression and the best part is that they can easily be found in grocery shops or the nearby supermarket.

Magnesium has been proven to have a correlation with an individual’s level of depression. When your body has low magnesium levels, you are highly likely to experience an increased amount of of depression symptoms. You can however get this under control by eating foods rich in magnesium such as cashews. Cashews can be mixed with different foods or dishes such as salad, stir-fry or you could have them as a snack.

Drinking a cup of coffee in the morning is known to give you that much-needed boost that will take you throughout your entire day. As it is, there is a bigger reason for this boost in mood. As it is, people who drink coffee moderately often have been found to have lower rates or reports of depression compared to those who choose to avoid coffee completely. This might be the reason why it’s one of the most popular beverages globally. The health benefits of coffee make it irresistible.

The health benefits of water cannot be undermined which would explain why many health and fitness professionals encourage us to drink lots of it. High intake of sugary drinks is linked to poor mental health and an increase in depression cases.  However, water makes for the best substitute for this. Drinking a glass of water instead of a can of soda goes a long way in making you feel great aside from just looking great. If you feel like water is too bland for you, you can always infuse it with some cucumber or other citrus fruits such as lemon. Water is readily available and drinking it is worthwhile for all the health benefits it carries.

Probiotics are known to play a big role in both your gut and brain health. If you’re looking to minimize the symptoms of depression then you should definitely incorporate probiotics in your diet. The miniscule microbes found in your stomach have an important role to play in serotonin production in your brain. Yogurt is a rich source of probiotics so as much as possible, try packing a cup of it for your lunch. You can also get creative with it by including it in a salad recipe dressing  or including it in smoothies.

Olive oil when used with vegetables, flatbreads and salads has a great taste. Not only is it tasty but it’s also healthy and rich in anti-oxidants. According to several researchers incorporating olive oil in certain diets is known to reduce depression levels. If you’re particularly a big fan of the Mediterranean diet, you could try making an interesting stir fry using olive oil or you could try making a new salad dressing using it.

According to a Quebec study, one of the major causes of depression is low levels of both vitamin B6 and vitamin B12. A great way of getting vitamin B12 is by eating chickpeas. Chickpeas belong to the legume family and make for the most delicious snack hummus. Whether you buy hummus  from a store or have a homemade humus recipe you can be sure that it will make a great recipe for a nice gathering whether eaten with some carrots or any other vegetables.

Black beans are rich in nutrients including magnesium and folate which are both known to lower your risk of depression significantly. As such, black beans are a healthy addition to your diet especially for dinners. You could always try making a healthy dip using these black beans or creating a healthy dessert with black beans by pre-heating the oven and adding them to treats such as your brownies.  Imagine how great black bean brownies would taste.

A lot has been said regarding the effects of vitamin D on not only your mood but also your overall health. The levels of vitamin D in your body play a big role in curbing the symptoms of depression and also what is  known as seasonal affective disorder. Vitamin D deficiency is unfortunately highly common despite the fact that this nutrient is very important. A good way of ensuring you get sufficient vitamin D in your body or in your diet is by drinking a lot of milk. Drinking a few glasses in a day every day will not only add your body’s vitamin D levels but will also increase the calcium levels so that you get stronger bones and teeth too.

Spinach is packed with folates and vitamin Bs which are mood-boosting nutrients that your body needs for it to stay healthy. Spinach also contains other nutrients such as lutein, fiber and vitamin A that improve the quality of your health. There are many different ways of including spinach in your meals for example, you can include spinach when you’re baking different treats, you can use spinach in salads or in making fresh wraps. Whichever way you choose to eat your spinach, it will go a long way in decreasing your symptoms of depression.

According to other studies, eating fish reduces your levels of depression. Going for salmon in particular helps with this because salmon is rich in tyrosine which is an amino acid that greatly affects the production of serotonin in your brain. There are quite a number of ways to make a tasty salmon dinner for example, cook salmon on your grill or bake it with some garlic.

If you’re looking to eat a mood-boosting kind of daytime meal, lean beef, specifically grass-fed is a good way to go. Cooking some lean beef with your supper will not only give you iron, zinc and calcium but will also give you all the nutrients that are known to decrease the symptoms of depression. The iron found in lean beef also increases your energy levels. Pairing lean beef with your vegetables or choosing to grill it instead on hot summer days will therefore boost both your mood and energy.

Baby carrots are great because they are not only low in calories but are also delicious. They go with just about any other food you can think of and are full of lutein which is an antioxidant that is useful in decreasing depression especially among young adults. So when you’re out on your next grocery trip, make sure you get yourself some carrots and be sure to use every part of it.  The top part of carrots contains vitamin C and you can use it in your smoothie.

Generally, seafood is healthy but oysters in particular are incredibly good for you seeing that they contain a tone of benefits. They are rich in zinc which is known to reduce the levels of depression. There are different ways of eating oysters. You could roast them together with some tarragon or have them grilled with some vegetables. You also have the option of steaming oysters or frying them.

Neurotransmitters greatly affect our mood levels and to produce them you need to eat foods that are rich in folate. These foods are good at boosting your mood. An example of foods rich in folate is Brussels sprouts. They also contain fiber which is good for your digestive system. With Brussels sprouts, you can make a number of creative dishes. For example, you could throw them in your stir fry, you could mix them into coleslaw or you could also roast them with apples and some bacon.

You cannot undermine the importance of vitamin B12 when it comes to your health and in a mood-boosting diet. Clams are another type of food that is rich in vitamin B12. Clams fall under a unique category of seafood and can be made into the popular New England clam chowder or you could grill them into perfection.

Today, there is a lot of talk on probiotic supplements and it has been found that there is a relationship between our stomach and our overall mood. When your stomach is healthy, your mind is too. Sauerkrout is an example of foods rich in both fiber and probiotics and make for a delicious side dish. You can make this at home using just a jar and some cabbage.

Raspberries, just like many fruits and vegetables are high in fiber and are known to decrease your symptoms of depression while aiding in your digestion at the same time. They are delicious but if you are worried about the sugar levels found in fruits you will be happy to know that raspberries contain the least amount sugars. You can use raspberries while baking or mix them while making yogurt as this will significantly boost your mood.

Meat will often be recommended if you’re looking for food rich in iron. However, if you prefer a lighter option then broccoli is a great idea. It has plenty of iron and chromium which is a key player in serotonin  and production of melatonin. These two are chemicals that significantly boost your mood. Broccoli therefore keeps you in a good mood while boosting your mental health. It’s delicious when steamed and when mixed with other different vegetables in stir fries. It can also be cooked with both pesto sauce and pasta.

Whenever one mentions tryptophan, the first thing that comes to mind is tryptophan. However, there are more foods that are rich in amino acids aside from just turkey. A good example is Mozzarella cheese which is rich in tryptophan. Tryptophan is known for playing a huge role in the production of serotonin, improving your mood and in your overall cognition. This should come as great news and encourage you to melt some of this cheese on some bread in your toaster or instead, sprinkle some on your salad.

Do NOT follow this link or you will be banned from the site!